19 people arrested because of the climate change drone protest in Heathrow, TW6 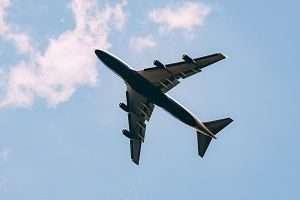 19 people are arrested because they are involved in the climate change protest with drones at the Heathrow Airport, TW6.

Thankfully, they didn’t affect any flight.

Regardless of their threat to fly drones in the exclusion zone, they didn’t cause any disruption for any flight.

All of the arrested people were believed to be a part of this ‘‘threat’’.

One of them – the co-founder of Extinction Rebellion, still has plans to fly his drone.

Out of everyone that’s arrested, four remained in custody until Friday night and the others were bailed earlier.

Who is a part of these drone protests?

They commented that the airport was using ‘‘signal jamming’’ which is an obstacle for their drones to work properly.

The Deputy Assistant Commissioner, Laurence Taylor, says that frying drones is against the law and anyone that plans to do that in the exclusion zone is going to be arrested.

Heathrow Airport commented on the issue and said that it will be best tackled if ’‘we all work together’’.