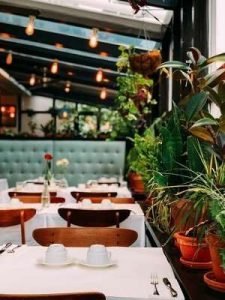 Here is a list of all of the amazing restaurants that are going to open their doors in February in London – you should definitely look forward to enjoying their food.

Craving pastry? Dominique Ansel is a New York-based baker that is opening a restaurant in Covent Garden.

When? The 7th of February.

An amazing pasta place that is located in Borough Market is going to open its doors this February in another location – in Shoreditch.

Megan’s at the Sorting Office

A dog-friendly chain that already has huge success in West and South West London is now opening in a brand new location – Esther Anne Place.

When? On the 13th of February.

This French bistro is loved by many. They pay attention to the smallest detail and now people in Backstock Road, Highbury can enjoy it as well.

An amazing restaurant offering Nigerian Food called Chuku’s is about to open in Tottenham.

When? On the 20th of February.

A well-known branch in Baker Street is always packed with people.

That’s probably why they decided to open another restaurant in a different location. The new one is going to be in Soho, in Old Compton Street.