A national award was given to a formerly homeless man from Bedford, MK40 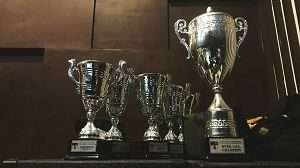 A national Emmaus Hidden Heroes Awards (in partnership with Room to Reward) was given by a formerly homeless man, Christian.
He was awarded for his volunteer work helping local homeless people.

He was homeless himself for 16 months prior and is now supported by Emmaus Village Carlton.

He is now involved with charity and volunteering in Bedford and Northampton town centers. He is also a member of the Emmaus ‘Rucksack Stomp’ (team of men that were homeless at some point in their life and are now helping others by carrying rucksacks with food and other essentials for the homeless).

The nominees for the award he won are based entirely on their dedication and commitment.

Christian says he was shocked when he heard his name being announced and that this award means a lot to him – the work he does is exhausting but also very rewarding – that’s why he does it.

He adds that everyone involved is so dedicated because they know how it feels to be homeless.