A teacher from Hillingdon wins in the London Teacher of The Year Awards, HA5 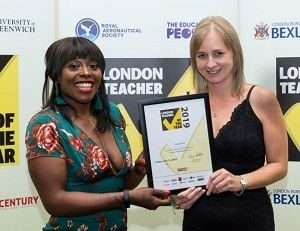 Honoring teachers is very important. We need to thank them. What better way than to give the awards that they deserve. Hillingdon is one of the winners on the London Teacher of the Year Awards that took place in the Royal Aeronautical Society.
Preetmal Poonith, a teacher in the Barnhill Community High in Hayes, was the winner from Hillingdon.

What did he win?

He won the STEM award which is Science, Technology, Engineering, and Maths.
These awards were organized by Inspire Schools which is a charity. Simon Dolby, the chief executive of the charity, says that teachers are doing amazing in expanding the horizons of young people in London.