Bitcoin Events in London 2019 that you can attend 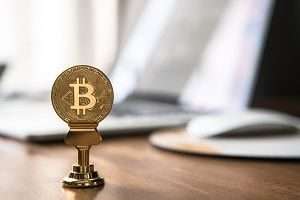 Bitcoin is very attractive for many, or at least the whole idea behind it. But there are so many people that don’t actually know the basics and the most important things behind it that are needed in order to start using it.

We all know that it is the first established cryptocurrency and that is very successful. But if you live in London and you want to learn more about this digital currency – you easily can. Did you know that there are tons of events, courses, and trainings that you can go to and learn everything that you should about Bitcoin and crypto in general? And the most amazing thing is that some of these events are free. So not only will you become knowledgeable on the topic, learn tips and tricks but you won’t even need to pay for it.

There are so many women out there that are curious about crypto and want to get started with using Bitcoin but they don’t know much about it. It seems like mostly men are involved with it and less than 10% are women. The goal of this course is to change the statistics. You will learn a lot while you eat cake – from What is Bitcoin, How to make money from it to what security and precautions need to be taken.

This event is on the 1st of August and will be celebrating Bitcoin. There will be lots of influential speakers invited like BLOOMBERG, COINSTREET, KPMG, and more.

This course is completely free. It’s for everyone that wants to learn the basics for bitcoin. It consists of two parts. The first part will teach you Bitcoin Mining, the process, and equipment behind it, where bitcoin gets it’s value from, etc. The second part consists of the development – how to install Bitcoin Core, a bitcoin script, etc.

For those of you that are more advanced and already use Bitcoin, or if you plan to use it in the future after attending one of the events listed above – you can now pay Monster Cleaning with it. Paying to have your home professionally cleaned has never been easier.