Did you know that there are fake houses in Westminster, W2

Have you noticed something unusual in Leinster Gardens, Bayswater? 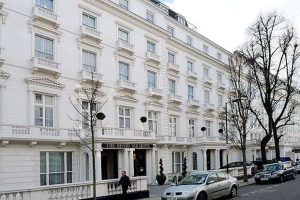 Has something caught your eye while walking down the street? Something weird that you might find kind of pointless and confusing? Some people know what we are talking about but there are a lot that don’t. There are particularly two houses in Westminster that are actually fake. Yes, they are fake and nobody lives there. The houses are 23 and 24, they do not have door handles nor do they have letterboxes, and the windows are actually painted. They do not serve as anyone’s home since there is actually no home on the inside. You are probably very confused. Let us explain. 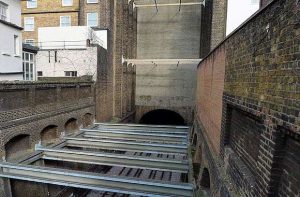 We will start with a little history lesson in 1868.

The London Underground was the first underground railway in the world. When they opened a line between Paddington and Bayswater they somehow needed to find a way for all of the fumes from the locomotives to vent somewhere and not have the undergrounds filled with smoke and steam (the trains were originally powered by steam). They obviously couldn’t just dig a huge hole in the middle of Leinster Gardens and just leave it open. Their alternative was to cover this giant hole with something that looks like a home but is just a façade. Houses 23 and 24 were demolished and turned into the fake houses they are now. 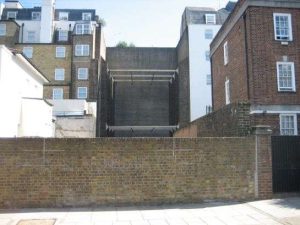 Even if they fit the style of other homes in the neighborhood perfectly and you can’t really tell that they are fake once you go around the back the truth will be revealed and you will see the huge hole we are talking about that shows the railways and the back of the façade. The small portion of the back is covered by a brick wall but you can still peak and see the gap.