Learn which London pubs are the Royal Family’s favourite 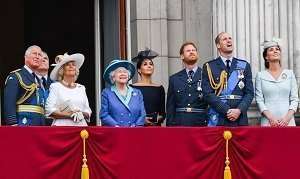 Have you ever wondered whether you can meet someone from the Royal family in a London pub? Is that even possible? Can you just imagine casually grabbing a beer while the Queen is sitting next to you?

Well, this scenario is actually quite possible considering the fact that the Royal family has been spotted numerous times in pubs all across London!

Would you like to know where exactly do they go, and where they have been last spotted? Well, if that is the case then let us present you with the list of their favourite pubs in London!

This pub is a favourite of Prince Harry! How do we know? He has been spotted there quite often. He even celebrated Prince George’s birth in The Brown Cow.

Many know that this pub is owned by Mark Dyer, a close friend of Prince Harry. It’s the oldest pub in Chelsea, and it’s where Harry chose to celebrate his 31st birthday!

Prince Albert Pub is very well known not only in the Royal family but among many celebrities.

It’s located on the edge of Battersea Park which is why many love going there. Prince William spent time there last October watching the Euro 2020 qualifying.

Hollywood Arms is such a favourite of the royals that they even use a secret entrance in an alleyway when going in the pub so that no one would spot them!

Knowing that there is a private lounge that can be hired is enough for us to understand why the Royal family likes spending time in this pub!

Another pub that is owned by Mark Dyer, Prince Harry’s pal, which is probably why he regularly goes there. He was last seen there in January this year where he spent more than three hours!