Litecoin: one of the fastest transactions out there 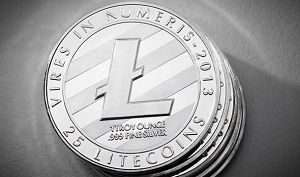 Many tend to dislike Litecoin and say that it is the cheaper version of Bitcoin but wasn’t this the purpose of it after all?

The original idea of the creator, Charlie Lee who was an ex-Google employee, was to create a lighter version of Bitcoin that was suitable for cheaper everyday transactions for smaller things.

Litecoin first went live on October 13, 2011. It’s quite popular and a lot of people have chosen to invest in it.

We can say that they have successfully achieved their mission since Litecoin ranks as one of the most used cryptos out there.

The speed of a transaction

This is probably one of the biggest advantages that Litecoin has and is one of the many reasons so many people have decided to put their faith in it. It’s around four times faster than Bitcoin and the transactions happen a lot quicker and effortlessly in comparison with other cryptocurrencies. Litecoin holds the third place in most transactions done with 56 transactions done per second, with the average speed of a transaction at 30 minutes.

Interest in Litecoin has recently increased and there are so many people that have chosen to actively use it mainly because the cost of a transaction is one of the lowest out there. As with other currencies the stores that accept Litecoin and crypto are slowly but surely growing. Whether you are looking for jewelry, clothes or even luxury cars, you can use it for practically everything.

You can also use Litecoin to pay for your cleaning services. We from Monster Cleaning have decided to expand our range of cryptocurrencies with Litecoin.

Our special offer to you

If you have decided to use our services between the period of the 22nd of August to the 29th of August you will receive a special 10% off of the whole price that you can enjoy.