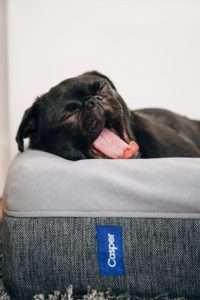 People all across London aren’t allowed to own a pet because of the strict rules landlords have. Research shows that only seven percent advertise their properties as suitable for pets.

Thankfully, the government has now decided to change this fact and change the basis of lease agreements that are made with tenants so that they can encourage landlords to allow renters to own pets in their homes.

The announcement was made on the 4th of January

The Housing Secretary, Robert Jenrick, announced that it would be possible to have well-behaved pets at home and restrictions will be removed.

Of course, people still need to protect the properties from damage equally, if not more since they will have a four-legged best friend.

From now on restriction for pets will only apply when needed. For example, when a property is too small and owning a pet won’t be practical.

Robert Jenrick says that animals bring a lot of joy, happiness, and comfort and people shouldn’t be stopped to own one. He added that it’s a shame that renters are stopped from experiencing the joy of having a pet.

He also says that a new mission the government has is to improve life both for tenants and renters, and they are listening to different important issues that both parties have so that they can work on fixing their problems. They would be focusing a lot more on current issues similar to the pet restriction.