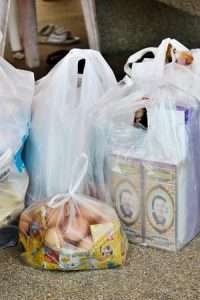 The UK Government confirmed that starting April 2021 the 5p charge on plastic bags will double in order to help with plastic pollution, reduce the usage of plastic bags, and decrease the negative footprint of supermarkets.

The original 5p charge of plastic bags was first introduced in 2015, and research shows that this has successfully reduced UK plastic bags usage. People think that doubling the price will show even more success and will help eliminate unnecessary plastic waste.

George Eustice, the environment secretary, shared how we have all seen the tragic impact plastic bags have on the oceans, on marine wildlife and that is why he thinks that it is important to take bold actions to eliminate this problem as much as possible.

He also cited research made by the Marine Conservation Society which shows that ever since the 5p charges were made the amount of plastic bags washing up on UK beaches has dropped by ***60%***.

Would this be effective?

A lot of people in the UK share one opinion – that this is a great idea and they are supporting it!

In 2014, the year before the 5p charge of plastic bags was introduced, 7.6 billion bags were reportedly given to customers (approximately 140 bags per person based on population statistics).