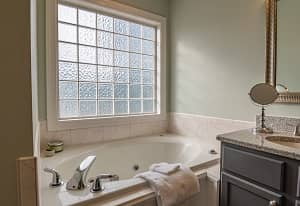 If you notice mould in your home – you definitely have to remove it as soon as possible because it can cause damage to your home, trigger allergies, and even cause some respiratory problems.

Even though there are a lot of mould removers on the market, only some of them actually work and are able to remove the mould so you need to do proper research prior to buying one. It’s important for the product to be powerful enough to not only remove the mould but reduce the chances of the fungus returning.

Usually, you will find mould in humid rooms – kitchens and bathrooms. It can be black, green, brown, and sometimes – white. It might even be furry.

Our team has over a decade of experience in cleaning properties – some of which had mould problems. And because we have used a lot of different mould removers, today we will tell you all about our favourite ones.

One of the best mould removers is definitely Astonish’s one – it’s cheap, effective, and powerful enough to get rid of the mould in your home. It’s easy to use and apply.

It can be used on walls, tiles, grout, window grames, and just about any other surface that can grow the fungus. You can use it when you already have mould or as prevention so that the fungus doesn’t come back.

When it comes to using it – simply spray it on the surface, leave it for a few minutes, and then wipe.

Thankfully, it smells good – like apples. Some products on the market smell really strong due to the harsh chemicals in the ingredients but this product will leave the room smelling like apples.

Another incredible mould remover we recommend is the Dettol Mould and Mildew Remover. It kills bacteria, removes mould, and reduces the risk of the fungus returning to the surface you will apply it on.

Now, because the formula is strong, you must wear gloves when using the product so you can protect your hands.

Using it includes spraying the product on the affected area, leaving it for a few minutes, and then rinsing it with cold water.

If you don’t want to use such harsh products as the previous ones we listed, the EcoZone Bleach Free Mould Remover is great. This one is non-toxic, doesn’t contain bleach, and is gentle enough that if you get it on your skin, it won’t cause irritation.

Spray the product on the affected area, let it dry completely, and then wipe it with a damp cloth.

Since this product is not as powerful as the rest on our list, we recommend using it a few times when the affected area is in a bad condition.

Another excellent mould remover that you can use is the HG Mould Remover Foam Spray. It can be used both inside and outside of your home so if you have mould in your garage, grab this product.

It’s a great product for not only removing mould but eliminating the stains left.

It does, however, have bleach in it so please wear gloves when using it. Also, open all windows in the room so it’s well-ventilated – it does have a strong smell.

This product should be left on the affected area for at least 30 minutes for it to work properly.