The American Burger Chain Wendy’s Are Opening A Restaurant In Croydon, CR0 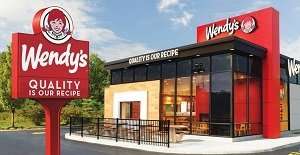 The American burger chain Wendy’s announced that they will open a branch in Croydon. They previously had opened 10 restaurants in the UK in the 80s and 90s, however, they were closed in 1999.

The planning application that has been submitted to the Croydon Council by Wendy’s states that they want to open their restaurant on the former Barclays bank on the corner of George Street and Wellesley Road.

Their plans have already been approved and it is said that this branch will create 30 full-time positions including 6 managers.

The planning application reads that Wendy’s plan on opening more than one restaurant in the UK over the next few years.

Once this branch opens, it will provide customers with space on the ground and the first floor. Not only will the restaurant be spread over two levels but it will also offer takeaways.

When Was Wendy’s Founded?

Wendy’s were first founded in 1969 in Columbus, Ohio by Dave Thomas.