The UK election 2019 is filled with dogs and happy faces

The polling stations of the UK election 2019 are filled with dogs. This actually has become something like a tradition for the voting day in the UK.

What does that mean exactly? 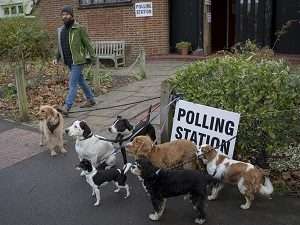 It’s quite simple. People go to vote and they bring along their dogs with them. Then they place their pups next to the polling station and take a picture. Later on, they post with the hashtag #Dogsatpollingstations. A hashtag that is trending.

No one really knows how this trend exactly started but it is very popular after the 2016 Brexit referendum – and the pups are adorable.

This got people excited about voting and has been a huge reason for them to go out and vote – the internet is filled with cute photos of dogs next to the polling stations.

The Prime Minister and his dog 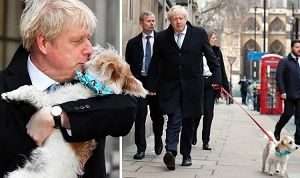 We can all agree that the election this year is a referendum on Brexit once again. The Prime Minister – Boris Johnson and the Conservatives have all been leading the polls and may win. They promise to take the United Kingdon out of the European Union by the 31st of January, 2020.

The Prime Minister brought his dog to one of the polling stations as well and posted a picture of it with the hashtag #dogsatpollingstations which is more than adorable.

Some pups are ready for the upcoming holidays 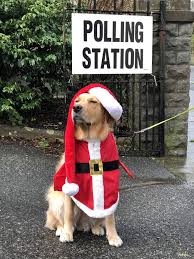 A lot of people didn’t just take a picture of their pups in front of the stations – they first dressed them in cute festive outfits because of the upcoming holidays.