What streets will be closed due to roadwork all over South West London? 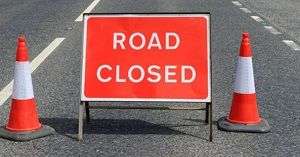 Everyone needs to be prepared for these roadworks that will happen over the next couple of months because some road closure will occur. They will be all over South West London – Wandsworth, Kingston, and Richmond.

Some of the roadwork includes upgrading gas networks, making more cycling lanes, and more. Learn all about it here.

These are all the roads closing in Wandsworth.

Transport for London will do some roadwork on Battersea Park Road so that they could realign the southern arm of the Kirtling Street to link the new Battersea Power Station Development.

Due to that, a lane will be closed but there will be one in each direction on Battersea Park Road open.

When? From the 6th of January to the 23rd of January.

Transport for London’s work will close a lane.

When? From the 6th of January to the 1st of March

Wandsworth Council will transform this road by blending the pavement into the road. This way drivers will be signaled that the area is for pedestrians and they must allow them to move.

When? From the 2nd of March to the 30th of April

There will be a lane closing due to the upgrading of gas networks.

Another road closure due to upgrading gas networks.

These are all the roads closing in Kingston.

When? From the 6th of January to the 2nd of March.

When? From the 7th of January to the 1st of April

A road closing due to upgrades of Southern Gas Network.

When? From the 2nd of March to the 12th of April

These are all the roads closing in Richmond.

Southern Gas Network has been doing work since September which will be finished this February.

Due to upgrading the gas network, there will be a road closure.

When? From the 17th of February to the 20th of March