When is the Bank Holiday For The Queen’s Platinum Jubilee And What Can You Expect From The Events? 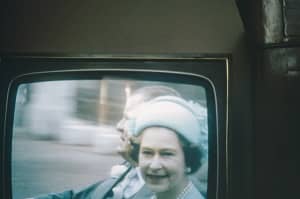 What Is A Jubilee?

It’s the celebration of the anniversary of a special event – and this year happens to be the Queen’s 70th year as monarch called the Queen’s Platinum Jubilee – and we are all very excited about it. This is actually Queen Elizabeth II’s fourth jubilee – the first was celebrated in 1977 and was a Silver Jubilee, the second was in 2002 and was the Golden Jubilee while the third one was in 2012 and was the Diamond Jubilee.

But When Is The Bank Holiday For The Platinum Jubilee?

The Bank Holiday will be a four-day weekend at the beginning of June. Usually, it’s held on the last Monday of May, however, this year it was moved to the 2nd of June followed by another Bank Holiday on Friday – the 3rd of June. And due to the approaching weekend after the 3rd of June, the celebration will be four days.

Is There Going To Be A Special Celebration?

Yes, a lot of events are planned for the four days across the UK!

Also, there will be a “Platnum Party” at Buckingham Palace as well as a live concert in front of the Palace where you can watch the British rock band – Queen, Diana Ross, Duran Dura, and Sam Ryder perform.

Will You Be Able To See The Queen?

Unfortunately, her visit is not confirmed. It is said that The Queen is planning on attending the Trooping the Colour and the National Service of Thanksgiving (Thursday and Friday), however, due to mobility issues her visit will be confirmed last minute.